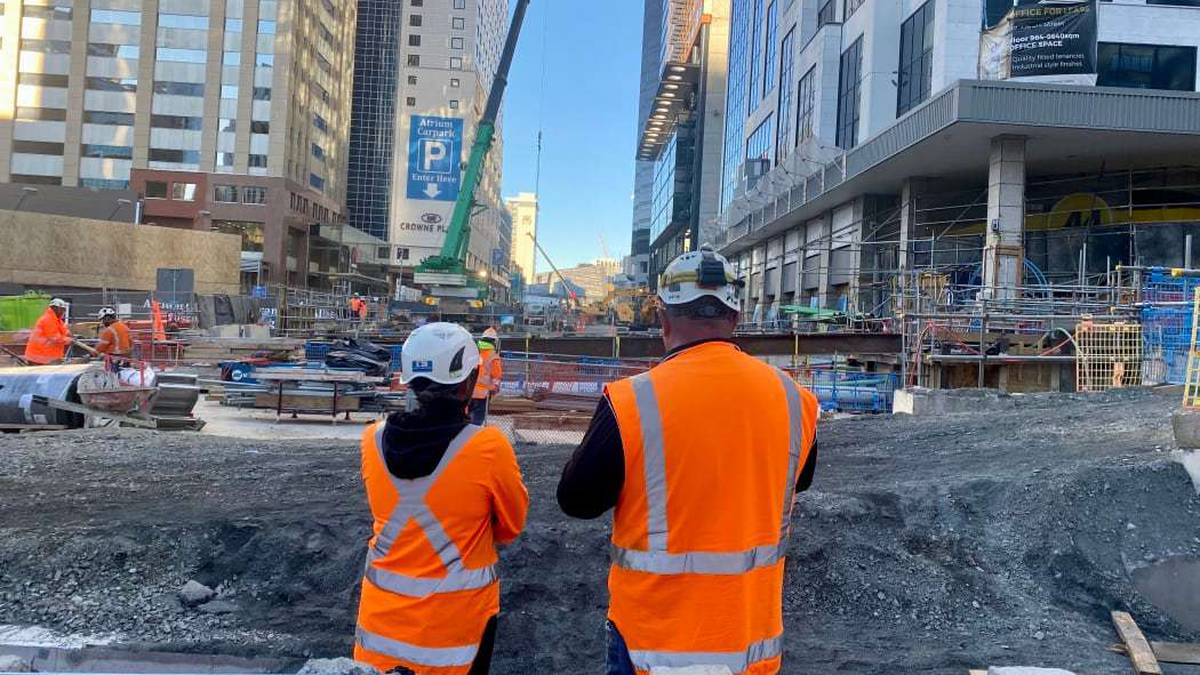 The construction industry has the highest suicide rate in the industry. Photo/RNZ

By Lydia Lewis of RNZ

Disclaimer: This story is about suicide.

Construction has the highest suicide death rate of any industry in the country: workers are twice as likely to commit suicide as to be killed in an accident on the job.

On average, the industry loses one worker each week due to self-inflicted death.

“I was at night, and I was talking to the boys and all of a sudden, I fell apart. I think God, it’s bigger than I thought, what my son did. I thought shit, that’s when I realized, I need help. This is serious,” Steve said.

The construction industry is under enormous pressure.

RNZ didn’t have to look far to find a family like Steve’s who were affected.

Steve has been in the carpentry business for over 40 years. He apprenticed in Ōtorohanga and is now a project manager in Auckland for one of the country’s largest construction companies.

Late last year during lockdown their teenage son had suicidal thoughts after his life was turned upside down by Covid-19, Steve’s partner Lisa said.

“Steve didn’t hesitate, he just reached out to his boss. Firstly, he was under pressure from the Covid crisis because he was an essential worker, so that was next level anyway. Steve is used to that, but then you add the family crisis on top of that and it was just one thing too much,” Lisa said.

They were told by their GP to text a helpline, but they needed practical help.

Steve remembered that his work had registered with Mates in Construction. This is a free anti-suicide program funded by the construction industry and recently by the government.

Mates field workers are trained in suicide intervention skills, connect people with appropriate professional support, and provide on-the-job training, among many other services.

Lisa and Steve’s case officer, Slade McFarlane, a former Maori All Black, went further and made himself available 24/7 and spent time visiting the family.

“I think we just need to have a better connection with everyone and the services there…they kept putting up a brick wall. I just knew I had time to go out there and give my time, just to sit with them and have a thread. It was just trying to build hope and just talk about their situation, it wasn’t easy for [the] family,” McFarlane said.

He said his organization was not the only initiative making efforts to address gaps in the mental health system.

“I’m definitely not a superman, I’m just someone who cares,” he said.

Mates in Construction chief executive Victoria McArthur said more than 50,000 new homes had been approved in the past year and the government needed to spend $57 billion on infrastructure.

She said there was a long list of pressure points: galloping inflation, desperate shortage of skills, pandemic, shortage of materials and record demand.

“It’s basically the government that’s causing the problem, because there’s so much work for the industry, but we have to take care of the people at the end of the day,” McArthur said.

She said the government needed to step up its efforts and ensure support for workers was guaranteed in major construction contracts.

Construction Industry Council executive director Graham Burke agreed the government had a responsibility to ensure people working on its projects were safe.

He said that extended to business owners and said “businesses just have to be realistic.”

“It’s a recipe for disaster to take on a job that you just can’t finish on time.”

Hawkins Construction managing director Murray Robertson said it was no secret that everyone was under enormous pressure.

“For many of us, the past two years have been the toughest times to run businesses up and running. And the balance is how do we do our best for our customers but also for our employees, how do we keep safely, maintaining that balance,” Robertson said.

Victoria, from Mates in Construction, said the scales were already tipping into dangerous territory.

“This is a crisis for our industry. Our workers are often recruited locally, so the impacts felt locally often ripple through local communities,” McArthur said.

Steve supports Mates’ call for the government to write mental health support into contracts from the start.

He said it was right for authorities to draw a line in the sand to protect the sector’s most important asset: their people.

MBIE Construction Sector Accord Director Dean Kimpton said both the public and private sectors were taking action to address mental health, wellbeing and suicide issues in the construction industry.

Kimpton said he supported the government’s action to create a more supportive working environment in the construction sector and the focus on improving mental health and wellbeing outcomes and to help reduce suicide.

Where to get help: