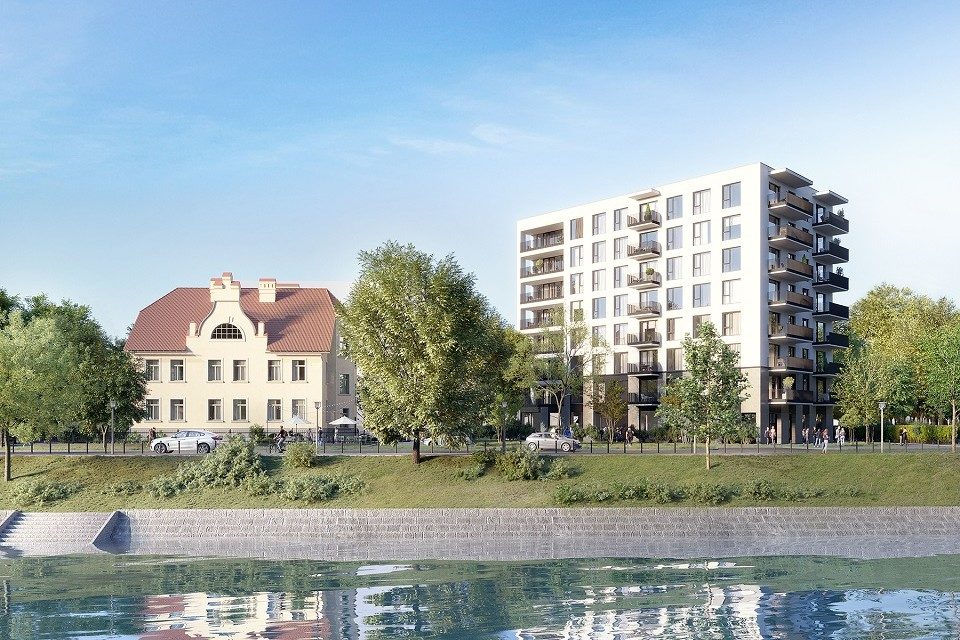 After starting the construction works of the first phase of PALTIM, which includes 123 apartments, SPEEDWELL has received the building permit for the second residential building of the project in Timisoara.

As a mixed-use project, in addition to the residential component, PALTIM will also include offices and commercial spaces. The process of obtaining the final permits for the office component of PALTIM, including another revitalized building, linking the project to its past heritage, is well advanced and should take place in the coming months.

Work is well advanced for the first residential building in the project after SPEEDWELL signed an agreement with STRABAG for the role of general contractor.

The second residential building of PALTIM consists of 113 apartments, from studios to 2, 3 and 4 rooms. With the units of the first building already under construction, the project reaches a total of 236 high-end apartments.

Located on the banks of the Bega River, PALTIM presents an upscale concept that aims to create a new community in one of the most desirable areas of Timisoara, within walking distance of the city center and Central Park.

PALTIM is also an urban regeneration project. SPEEDWELL is currently working on the rehabilitation of a monument villa and will soon start work on part of the old hat shop which will be renovated, thus preserving the historical and cultural heritage of the site.

In addition to the urban regeneration component of the project. PALTIM is built to nZEB standards using top quality materials. Sustainability is a concept that can be found in all the projects that SPEEDWELL develops.

Sales of the first building of the project were launched in October 2021 and more than half of the available stock of apartments has been sold.

Construction works are underway for the first building and the renovation of the monument villa and are progressing according to plan.

„Obtaining the building permit for the second phase of the project marks an important milestone and a long-awaited moment that the team has been working towards. With the construction of the first building underway, we are getting closer to when PALTIM will become a reality and create a new community and a new standard of living. We are happy to be present in Timisoara, where the authorities demonstrate that a constructive dialogue is possible and are certain that PALTIM will contribute to the development of the city and the region. says Didier Balcaen, CEO and co-founder of SPEEDWELL.